Is becoming criminal a matter of time? 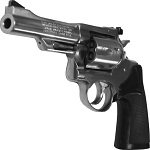 When homo economicus thinks about committing a crime, it’s all about balancing: the benefit of the crime against the disutility of potential future punishment. But the balancing is more complicated than that since the benefit of the crime is usually immediate, while the costs, such as some time in prison, have to been borne in the future. Hence, if potential criminals do not think much ahead and hardly value future events, the deterrent effect of punishment has no traction.

Eventually, engaging in a crime is related to time preferences. In a new IZA Discussion Paper, David Åkerlund, Bart H.H. Golsteyn, Hans Grönqvist and Lena Lindahl investigate the relationship between criminal conduct and time preferences. Using Swedish Data they discover that individuals who do not care much about the future a more likely to commit a crime. This effect is especially pronounced when it comes to property crimes and for males with below-average intelligence. In 1966 all 13 year old students in the Stockholm area were asked if they would prefer 900 Swedish Krona (140 US Dollar) now or 9000 Swedish Krona (1400 US Dollar) in five years. Those who stated to preferred the higher payment in the future were 32 percent less likely to become criminal in the following 15 years.

The researchers interpret this relationship in the light of different human capital decisions. When an individual prefers payments today over payments tomorrow, he is less likely to accumulate much education. Since low education and criminal activity are strongly linked, this may be the channel through which the effect works.