What determines racist attitudes in Germany 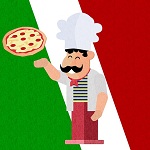 Although the end of World War II is not even seventy years ago, one out of five Germans thinks that Jews living in Germany should not have the same rights as Germans in every respect. Nearly as many think that foreigners should marry people of their own nationality. And 18% of the respondents would find it unpleasant if an Italian would marry into the family.

In a new IZA Discussion Paper Naci Mocan and Christian Raschke investigate the driving forces leading Germans to make such statements. They use data from the German General Social Survey (ALLBUS), covering the years from 1996 to 2010. The researchers show that education and economic conditions are strongly associated with racist and anti-Semitic attitudes: a person with a college degree is 18 percent less likely to state that foreigners should marry people of their own nationality. The probability decreases further if the respondent has contact with foreigners at work and if he or she lives in a city with more than 100,000 inhabitants. In contrast, if personal economic conditions are perceived as bad, racist feelings can be enhanced by up to 27 percent. On the other hand, good economic circumstances mitigate hostile attitudes very strongly. In terms of gender, the authors find no differences between men and women in the responses.

Surprisingly, regional racial biases seem to be quite persistent: while Hilter’s Nazi party NSDAP received only 2.6 percent of the overall votes in the 1928 German elections, in certain German areas the party’s vote share was extraordinarily high. And still today, the likeliness of agreeing to the statement that Jews should not have the same rights as Germans is seven percent higher in these regions.