Long-run effects of ADHD medication on health and crime 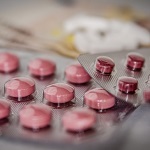 The number of children diagnosed with attention deficit hyperactivity disorder (ADHD) is on its all-time high. In Germany, for example, the number of diagnosed ADHD cases rose by 42 percent between 2006 and 2011. At age 11, about 7 percent of all boys and 2 percent of all girls were treated with Methylphenidate, the most common drug, mainly known under the brand name Ritalin. Although widely used, very little is known about the long-run effects of these pharmaceuticals.

A new IZA Discussion Paper by Søren Dalsgaard, Helena Skyt Nielsen and Marianne Simonsen contributes to filling this gap. Using Danish data, the economists show that children diagnosed with ADHD who undergo treatment have better long-run health outcomes and show less criminal behavior. More precisely, treated children have fewer hospital contacts due to injuries and fewer emergency room visits, and they are less likely to be charged with a crime as teenagers.

To identify these effects, the researchers use a complex strategy. Since it is not possible to observe the development of the same child with and without treatment, the authors compare outcomes of very similar ADHD children and exploit the fact that some physicians have a much stronger preference for prescribing pharmaceuticals than others. In other words, the researchers try to find statistical twins who go to different doctors and thus are treated differently.

While the findings suggest that treatment of ADHD with Ritalin has benefits in terms of health and criminal behavior, the authors stress that this does not imply all children should be treated. In order to arrive at an overall evaluation of ADHD medication, the estimated gains should be contrasted with (a) the costs of the drugs and (b) possible side effects like insomnia or high blood pressure.