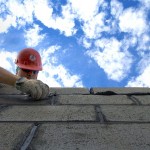 The goal of employment protection legislation is to increase workers’ job security by making it more difficult and costly for employers to fire people. A new IZA Discussion Paper by Alexander Hijzen, Leopoldo Mondauto and Stefano Scarpetta shows that such measures can, however, cause the opposite effect and reduce rather than increase worker security. The authors study a new dataset on Italian firms and workers and look at a special feature of the Italian legislation on employment protection: until June 2012 firms with more than 15 employees faced high costs and uncertainly when dismissing a worker with a permanent contract without a proper cause. In contrast, for firms with less than 15 employees such unfair dismissals were less costly. Exploiting this special rule, the authors show that firms just above the threshold of 15 employees had a 2 to 2.5 percentage points higher probability to hire temporary workers. Moreover, the authors show that the incentive to rely more on temporary workers persist well beyond the threshold. Overall, the results suggest that employment protection legislation may account for about 20% of the overall incidence of temporary work in Italy. In addition, the authors show that the greater use of temporary employment has a negative impact of firm labor productivity.

From a policy perspective, these results are important in the context of the recent reforms of employment protection in Italy as well as in a number of other countries. The study shows the problems of promoting temporary and other atypical contracts on the one hand, while leaving in place stringent regulations for permanent contracts on the other – a phenomenon observed in many, mainly European countries as well as Korea and Japan, over the past two decades. The study suggests that such developments have encouraged firms to substitute temporary for regular workers with also potentially negative effects both on the workers affected as well as productivity and overall economic performance.