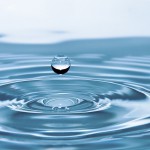 Fulfilling one of the UN’s Millennium Development Goals five years before schedule, 2.6 billion people gained access to sources of clean drinking water between 1990 and 2015. But with water arguably the most valuable resource on earth, the euphoria surrounding the announcement by the UN also hides that there is still a long way to go. More than 750 million people do not yet have access to clean water.

The case of Bangladesh provides an extreme example: The ground water in the country is widely contaminated by naturally occurring arsenic. About 45 million people are at risk of drinking water out of tube wells with an arsenic level higher than the WHO’s recommended maximum level, putting them at risk to arsenicosis – the disease related to drinking arsenic contaminated water over a prolonged period. It includes serious physical health effects, such as visible skin problems, different types of cancer, and reproductive disorders. Moreover, arsenic contamination has been shown to be associated with lower labor supply, lower productivity, and educational achievement. The WHO has labeled this contamination “the largest poisoning of a population in history”.

A new IZA discussion paper by Shyamal Chowdhury (University of Sydney and IZA), Annabelle Krause (IZA), and Klaus F. Zimmermann (IZA and University of Bonn) adds to the empirical evidence on the massive costs of the contamination by investigating the effect of drinking arsenic contaminated water on mental health.

The analysis is complicated by the fact that households using contaminated wells are likely to differ from households refraining from the usage, which in turn might influence their mental health. Hence, simply comparing both kinds of households ignores differences along characteristics unobservable to the researchers. To account for this possibility, the authors use the fact that the Bangladeshi public only became aware of the threat of arsenicosis in 1999, when the government began disseminating information on contaminations and testing all then-existing tube wells for arsenic. So, pre-1999 well usage was only affected by distance to the well, but arguably unrelated to well contamination.

The results are striking: Suffering from an arsenicosis symptom is strongly related to lower mental health, with spill-over effects to other household members. Back-of-the-envelope calculations of the costs of arsenic contamination reveal that the average affected individual would need to be compensated by a full average annual household income. This number highlights the need for immediate policy action through providing information both about safe wells and investing in water filtering for safe drinking usage. On the other hand, information campaigns clarifying facts about arsenicosis have to increase awareness and empathy, reducing psychological costs of arsenicosis-related stigmatization of victims.

On October 10, 2015, IZA Director Klaus F. Zimmermann devoted his keynote speech at the Annual Conference of the Indian Society of Labour Economics to this issue of water contamination and mental health. See picture on the right.