Migrants are different from the average – but does it matter? 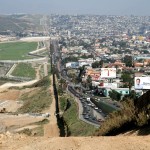 Migrant self-selection – the question who migrates and who does not – is one of the most fundamental issues in the study of migration and often appears in the political discussion on skill-selective migration policies. But despite the vast evidence of the existence of migrant self-selection, its consequences are far from clear. Does it really matter who leaves a country? And if so, who is most affected? A new IZA Discussion Paper by Costanza Biavaschi and Benjamin Elsner answers these questions by estimating the impact of migrant self-selection on welfare in the sending and receiving countries. The authors compare GDP per capita under the observed migration pattern to a simulated scenario, in which the skills of the migrants resemble those of the home population, while the number of migrants remains constant.

Two episodes of mass migration to the US serve as examples: the migration from Norway in the 1880s and the migration from Mexico in the 2000s. Norwegian emigrants were positively selected – they had higher skills than people who stayed in Norway – whereas Mexican emigrants were negatively selected. In both periods, the authors find virtually no aggregate effect in the US, while the effects are large in the sending countries: migrant selection decreases Norwegian GDP by 0.3%, and increases Mexican GDP by almost 1%. 1% may not seem like a large impact at first, but the authors show that it is as large as the difference in GDP per capita between zero migration and the current level of migration.

Yet, self-selection only matters if a number of conditions are met. The migration flow has to significantly change the population size, and the skills of migrants have to be sufficiently different from those of stayers. This was the case in Mexico, but not in Norway. In the US, the effect is zero due to the low transferability of migrant skills. Mexican immigrants are so heavily concentrated at the lower end of the US skill distribution that an improvement of their skills due to a more positive skill selection would not have any aggregate effect in the US.

Overall, the results suggest that it matters who migrates, but only for the sending countries, and only under certain conditions. Unless the level of immigration is much larger than it is today, migrant selection has no impact on GDP per capita in the receiving countries.