Global warming: one hot day costs up to 70 cents per capita 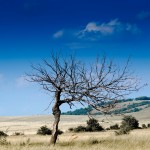 With rising temperatures, sea levels and more and more episodes of extreme weather, most people agree that the global climate change is among the severest problems mankind will have to face in the next decades, and potentially centuries. Yet, there is surprisingly little evidence on the impact of (extreme) weather on health.

A new IZA discussion paper by Nicolas R. Ziebarth, Maike Schmitt and Martin Karlsson comprehensively assesses the immediate effects of extreme weather conditions and high concentrations of air pollution on population health. For Germany and the years 1999 to 2008, the authors link data on all hospital admissions — 170 million in total — and all deaths (8 million) with weather and pollution data reported at the day-county level.

They find that extreme heat significantly increases hospitalizations and deaths. In contrast, extreme cold has a negligible effect on population health. High ambient concentrations of particulates (PM10), high ozone (O3) and nitrate (NO2) are associated with increased hospitalizations and deaths, particularly when ignoring simultaneous weather and pollution conditions.

The authors find strong evidence that heat mostly affects humans in bad health conditions who, in the absence of heat, would have likely died shortly after. They, however, demonstrate that extremely high temperatures do not lead to a permanent increase in hospitalizations and deaths. Thus, the instantaneous heat-health relationship is only present in the short term. The study calculates that one “Hot Day” with a temperature higher than 30 °C (86 °F) triggers short-term adverse health effects valued between $0.10 and $0.68 per resident.