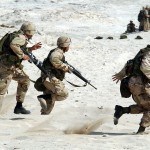 People tend to be more honest if they are not rewarded immediately but rather in the distant future. This is the result of a new IZA Discussion Paper by Bradley Ruffle and Yossi Tobol, who show in a field experiment with Israeli soldiers that honesty increases when temporally distancing the decision task from the payment of the reward. Each of 427 soldiers rolled a six-sided die in private and reported the outcome to the unit’s cadet coordinator. For every point reported, the soldier received an additional half-hour early release from the army base on Thursday afternoon. Soldiers who participated on Sunday (the first work day of the week) are significantly more honest than those who participated later in the week. The simple and likely explanation: as the week goes by, the weekend nears and becomes more relevant.

The finding could have quite interesting implications for everyday life: For example, insurance fraud whereby the customer overstates the value of claims or falsely reports missing or damaged items might be diminished by delaying reimbursement. Also, instead of immediately paying company managers and employees based on their self-reported tasks, remuneration should be delayed to some (possibly unannounced) future date to promote honesty. On a different level, parents often condition rewards to their children on good behavior or the completion of their chores or homework. The optimal time to ask your eight-year-old son whether he behaved well at school is not as you tear off the wrapper from his promised candy, but well beforehand.

According to the authors, there is, however, a flip side to this argument: if you want to hear reliable, honest intentions regarding a costly outcome, the question should be posed as close as possible to the outcome. Ask a person about his intention to begin exercising, dieting or saving not weeks ahead, but rather the day before the intended start date.

IZA Discussion Paper No. 7312 Honest on Mondays: Honesty and the Temporal Distance between Decisions and Payoffs Bradley Ruffle, Yossi Tobol