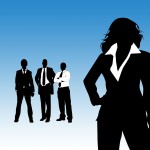 Over the past 20 years, female labor participation in the U.S. has decreased remarkably relative to other Western countries: In 1990, the US had the sixth highest female labor participation rate among 22 OECD countries. By 2010, its rank had fallen to 17th. A recent IZA discussion paper by IZA Prize winner Francine D. Blau and Lawrence M. Kahn finds that the expansion of “family-friendly” policies including parental leave and part-time work entitlements in other OECD countries explains 28-29% of the increase in women’s labor force participation in these countries relative to the US.

However, the authors find that these family-friendly policies might come at a cost as they encourage part-time work and make women more likely to end up in lower level positions. In the U.S., women are more likely than in other countries to work as managers or professionals. Thus, the analysis suggests that there may be a tradeoff between family-friendly policies and women’s advancement at work. On the one hand, such policies likely facilitate the labor force entry of less career-oriented women (or of women who are at a stage in the life cycle when they would prefer to reduce labor market commitments). On the other hand, entitlements to long, paid parental leaves and part-time work may encourage women who would have otherwise had a stronger labor force commitment to take part-time jobs or lower-level positions. Moreover, on the employer side, such policies may lead employers to engage in statistical discrimination against women for jobs leading to higher-level positions: if employers cannot tell whether a female job candidate will downgrade to a part-time job later in the career, she might not be considered for a high-level position in the first place.

IZA Discussion Paper No. 7140 Female Labor Supply: Why is the US Falling Behind? Francine D. Blau, Lawrence M. Kahn