Revitalizing the EU requires new reforms that build on past successes

Sixty years after the Treaties of Rome, the European Union faces several contemporary challenges on both the political and economic front. With the staggering blow of the 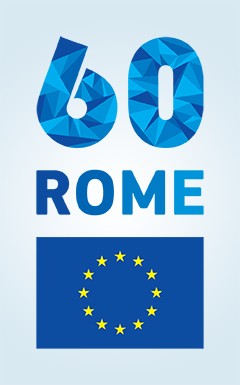 2008-2009 recession, followed by the sovereign debt crisis in the Eurozone, and recent political developments which have seen the growth of anti-EU sentiments and extreme right-wing parties, even culminating in one Member State leaving with the Brexit referendum, the EU must come to terms with these phenomena by not only evaluating areas in need of potential reform, but also by effectively highlighting its successes.

Five recent IZA policy papers seek to examine various policy dimensions and propose reforms to not only enhance the perception of the EU, but also find ways to encourage the development of an EU identity as means of creating an economic and culturally vibrant Europe.

During the sovereign debt crisis, Europe experienced several asymmetric shocks. Capital flight, a contraction in domestic demand, and a deterioration in public finances radically changed the landscape of the euro area and reversed much of the convergence in income per capita that had been achieved during the first decade of the common currency.

In a recent IZA Policy Paper on “Sustainable Euro Area with Exit Options,” Jo Ritzen and Jasmina Haas criticize the Five Presidents’ Report for relying too heavily on high international economic growth and assuming the permanence of such a trend would continually smooth the convergence in labor productivity between EU Member States. Furthermore, the high debt levels of many EU countries have placed a strong drag on economic growth. In spite of this varied success across the economic zone, support for a further transfer of sovereignty on financial policy and for debt mutualization to the EU level remains low. Thus, the authors propose a New Deal for the EU, which, in exchange for debt-mutualization for highly indebted countries, would establish an automatic exit from the Euro area in cases of non-compliance with the agreed rules.

Besides the problem of debt overhang, Ritzen and Haas see the economic convergence and cohesion in the EU threatened by a stagnation and even a decrease in the rule of law and in control of corruption in several EU countries. In order to counter the centrifugal forces reinforced by Brexit, in their IZA Policy Paper “In Europe We Trust?” Ritzen and Haas propose new treaty revisions, in particular creating the possibility of individuals to appeal to European courts, to counter negative developments in governance in EU Member States. Also a strengthening of the European Court of Human Rights and tracking funds on the level of the Member States are proposed.

Upgrading policies on mobility will strengthen the EU

The importance of a free movement of people and workers, one of the core principles of the EU, is highlighted in the IZA Policy Paper on “EU Mobility,” authored by Ritzen, Haas, and Martin Kahanec. The paper emphasizes that earlier apprehensions about the possible negative consequences of free mobility, particularly the risk of immigrants crowding out less educated workers and the potential of welfare migration, by and large turned out to be refuted. In contrast, there were overwhelming benefits for EU citizens in both the countries of origin and the countries of work. But despite this success, fears and issues remain, and there is still a need for a significant deepening and upgrading of EU mobility policies, especially with respect to fighting fraud, cutting red tape and managing the integration of circular mobile migrants.

In addition to upgrades in intra-EU migration, Ritzen and Kahanec argue in “A Sustainable Immigration Policy for the EU” that many improvements can be made to create a more sustainable policy for immigration coming from outside the EU. A selectively managed immigration policy based on the employability of potential immigrants, putting more attention on integration alongside stricter measures to fight discrimination, and screening asylum-seekers in refugee camps near conflict areas will create a more effective system while at the same time help to quell growing fears.

One of the key benefits and successes of a borderless EU, explained in an IZA Policy Paper on “European Identity and the Learning Union,” are student exchanges within the EU. By enriching inter-European understanding, these programs are one of the most important contributors to a European identity. The authors (Jo Ritzen, Jasmina Haas, Annemarie Neeleman, Pedro N. Teixeira) propose two policy measures to improve the already fruitful endeavor: Firstly, European student mobility should be increased by enhancing the transparency of the actual value added in undertaking studies in higher education in different EU countries. Secondly, if education policies across Europe follow strong principles to promote effective schools, increase school autonomy and allocate sufficient funding, basic education could increasingly be a source of intra-European social cohesion, equality of opportunity and of economic growth.

In addition to benefits in creating social cohesion across Member States, intra-EU migration may also play a key role on the economic front. While traditional macroeconomic policy tools have appeared to be toothless in addressing the dire need for more convergence within the euro area, politicians and researchers alike have turned their focus back to European labor mobility, an issue that received substantial attention in the early days of European monetary integration but has since been largely absent from public debate.

Labor mobility can help cope with asymmetric shocks across the EU

As an alternative to macroeconomic policy tools, labor mobility can act as a crucial adjustment channel. In “Labour Mobility and Labour Market Adjustment in the EU,” Alfonso Arpaia, Aron Kiss, Balazs Palvolgyi and Alessandro Turrini (European Commission and IZA) assess the extent to which mobility flows have been influenced by the EU integration process and evaluate its interaction with labor market developments.

However, the authors argue that there might be some scope for improvement for a bigger role of labor mobility. Cross-country mobility flows in the EU are still much lower than those recorded in other highly integrated economic areas and well below mobility within countries, notably with respect to the United States. Nevertheless, an upward trend in mobility is visible in the EU, and this is not only as a result of enlargement.

Euro area membership does not seem to increase mobility per se, but it is estimated to make mobility more sensitive to different unemployment levels across Europe. Workers appear more ready to move from countries where unemployment is high to those where it is lower. The evidence also reveals that labor mobility flows among the fifteen countries that were EU members before 2004 have increased since the mid-2000s, on top of what is explained by the normal development of “fundamentals”.