Should Greece leave the European Union? 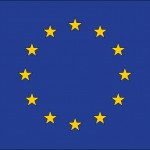 In light of the recent recession and demands by some observers that Greece and other Southern European countries should leave the Eurozone, politicians often point to the benefits of European integration for all countries. Without the EU, they say, growth and prosperity in Europe would not be as high as they are. But to date there are few reliable studies that quantify these benefits.

In a new IZA Discussion Paper, Nauro F. Campos, Fabrizio Coricelli and Luigi Moretti provide evidence that becoming a member of the European Union pays off for most countries. Using a method called “synthetic counterfactuals”, the researchers investigate how a country would have fared without joining the EU. On average, these countries’ per capita incomes would have been 12 percent lower in the first ten years. But there are substantial differences across countries.

The estimated benefits are especially large for Denmark, the United Kingdom, Portugal and Ireland. Over time, the benefits for the UK diminished while they accelerated for Ireland. This suggests that Great Britain gained most from the single market while Ireland benefited especially from the common currency.

Only Greece experienced lower GDP and productivity growth rates after joining the EU. But according to the authors, this is no indication that Greece should leave the Eurozone. The growth rates were relatively low in the first years after becoming a member, but since the introduction of the economic and monetary union, Greece grew faster than the EU on average between 1996 and 2008. If Greece now succeeds at implementing important structural reforms, the benefits are likely to persist.