by Milena Nikolova and Boris Nikolaev 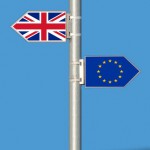 The United Kingdoms’s decision to leave the European Union, or the so-called Brexit, poses important questions for the rest of Europe. Fears of a chain reaction and a contagion of “exits” have flooded public debates. Amidst the flurry of confusion and uncertainty, a relevant question that experts and ordinary people ask is whether EU membership has brought any tangible benefits. Nauro Campos and co-authors have offered one answer: Every country except Greece gained from EU membership and the average EU member is 12 percent richer in terms of per capita income due to joining the EU (this excludes the 2007 and 2013 enlargements).

In a novel paper, we offer an alternative way of measuring the benefits of European integration based on the new science of well-being measurement. The advantage of this approach is its simplicity: relying on people’s own judgment about how satisfied they are with their lives aggregates their experiences in a way that reflects their own preferences. We focus on Bulgaria and Romania, which joined the EU on January 1, 2007. These two countries are the EU’s poorest and among the least happy and most corrupt members. For example, in 2014, the purchasing-power-parity-adjusted GDP per capita of Bulgaria and Romania was about 42 percent of that in the advanced EU members (EU-15), while life satisfaction was about 76 percent of the average EU-15 level.

Our most important finding is that joining the EU increased life satisfaction in Bulgaria, while the effect in Romania was positive but not significant in the statistical sense. One explanation is that trust in the EU only increased in Bulgaria after joining. In addition, Romania experienced political turmoil only a few months after joining, which may have canceled out the positive consequences of EU membership.

Yet, the analysis also reveals that life satisfaction increased in Romania in the first two quarters of 2008, after the political war subsided. In both countries, the positive life satisfaction effects of EU membership were felt some months after joining, likely because Bulgarians and Romanians required time to start “feeling” European. We also show that the young, employed, and those with high-school education and some college experience were most successful in integrating into the EU.

These results are important not only for countries evaluating whether they should stay in the EU but also for those preparing for EU accession. With the exception of Turkey, the next nation states waiting to join—Albania, former Yugoslav Republic of Macedonia, Montenegro, Serbia, Kosovo, and Bosnia and Herzegovina—have similar historical and politico-economic backgrounds to Bulgaria and Romania. Our findings can thus guide the expectations of policymakers in these countries about the well-being consequences of EU membership.

Cultural integration is a complex process

Importantly, our results imply that the EU-related life satisfaction boost may be a short-run phenomenon. Joining the EU by itself is not a silver bullet and cannot close the quality of life gap between the new and old EU members. Furthermore, although becoming a EU citizen in the legal sense can happen overnight, cultural integration is a complex process that entails both positive and negative experiences with a period of adjustment and adaptation. While our study shows that EU membership could raise the life satisfaction in new member countries in the short run, joining the EU is by no means a substitute for social transformation and national reforms targeted at improving the governance and quality of life.

This is a slightly edited version of an article that originally appeared on the Brookings Institution’s Up Front blog. Reposted with kind permission.

IZA Discussion Paper No. 9636 Does Joining the EU Make You Happy? Evidence from Bulgaria and Romania Milena Nikolova, Boris Nikolaev