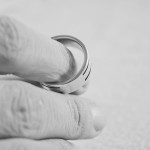 Disruptions in family structure are suspected to impede the development of children’s personality, with far-reaching consequences for school performance and labor market success. An IZA paper by Tyas Prevoo and Bas ter Weel adds to the empirical evidence by investigating the effect of parental separation, divorce and death on personality development of British children.

The authors demonstrate that increases in favorable personality traits, such as self-esteem or internal locus of control (the extent to which individuals believe they can control events affecting them), are lower for children experiencing family disruptions during adolescence. At the same time, these children are more likely to develop behavioral problems. The effects on personality development are smaller when children are older at the time of the experienced disruption.

Parental divorce has as stronger impact than separation and even death of a parent. However, the effects differ by gender: The results suggest that boys are on average more negatively affected by parental death than girls, while girls seem to suffer more from a separation or divorce of their parents.

As another recent IZA paper shows, behavioral problems caused by family disruptions can affect other children through peer effects: According to the study by Jannie H. G. Kristoffersen, Morten Visby Krægpøth, Helena Skyt Nielsen and Marianne Simonsen, boys with divorced parents have a negative influence on their classmates’ test scores.