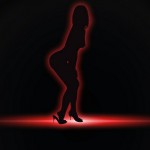 Designated zones for street prostitution have reduce crime in the Netherlands. Data from 1994-2011 for Dutch cities show a decrease in registered sexual abuse and rape by up to 40% in the first two years after introduction of prostitution zones. While perceived crime also dropped, positive long-term effects are only reported for prostitution zones that included a licensing system. These are the findings of an IZA paper by Paul Bisschop, Stephen Kastoryano, and Bas van der Klaauw.

In the Netherlands, the first legal street prostitution zones were opened in the early 1980s to deal with residents’ complaints and to improve the safety and health conditions of prostitutes. These so-called “tippelzones” – derived from tippelen, the Dutch word for street walking – are designated zones in which soliciting and purchasing sex is tolerated between strict opening and closing hours at night. Some zones are regulated further, requiring prostitutes to acquire licenses for practicing their profession. Since illegal prostitution is known to be related to international trafficking organizations and other forms of crime, the authors examined whether tippelzones had an effect on actual and perceived crime.

Decrease in registered and perceived crime

Using data from the Dutch Ministry of Justice on registered crime in the 25 largest Dutch municipalities, the authors were able to prove a connection between regulation of prostitution and crime. Once a street prostitution zone was opened, regardless of licensing practice, sexual abuse and rape decreased by 30% to 40% in the first two years. In cities that enforced licensed tippelzones from the start, registered drug crime dropped by 25%.

Perceived crime was also affected by the opening of tippelzones. According to data from the Population Police Monitor for the period of 1993 until 2006, residents of prostitution zones reported an increase in drug nuisance of over 5% in the first two years after opening. However, the further people lived away from the zones, the less they complained about drug crime in their neighborhood. In the long term, city-wide positive effects on perceived crime could only be reported in prostitution zones that included a licensing system.

Connection between prostitution and drug offenses

The findings suggest that the market for sex is connected to drug crime and sexual violence. Many prostitutes are illegal residents, which makes them more vulnerable to sexual violence and abuse, while drug use by prostitutes and clients attracts people in the drug trade. By establishing a designated zone, where prostitution is legally tolerated, municipal governments can deprive criminals of an important coordination hub. At the same time, the health and safety of sex workers is improved. Street prostitution zones usually provide resting quarters with washing facilities, clean needles, local medical assistance and a safer working environment.

Even after 30 years, tippelzones remain controversial in the Netherlands. Critics argue that they promote prostitution and encourage human trafficking, while residents of the zones complain about drug crime at their doorsteps. Public acceptance depends largely on the knowledge about the positive effects. The IZA paper is the first empirical study on the spillover effects of regulating street prostitutes on crime.