Team incentives and performance: Evidence from a retail chain 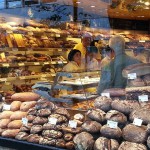 A simple team bonus can be a powerful instrument for retail firms to react to the strategic challenges posed by the entry of discounters, according to a new IZA Discussion Paper by Guido Friebel, Matthias Heinz, Miriam Krüger, and Nick Zubanov.

In line with the philosophy of evidence-based management, the research team from Frankfurt and Cologne implemented a bonus rewarding teams that surpassed sales targets in a German bakery chain. They used a controlled field experiment in which half of the shops constituted the treatment group that received the bonus, while the other half did not. This allows causal interpretation of the results.

The authors find that the firm boosted sales and operative profits by a large margin. For each euro spent on the bonus, sales increased by 3.8 euros and the operative profit by 2.1 euros. This is the first study that can show the effectiveness of a team bonus in a controlled, field environment. It represents a win-win-win situation for the firms, the workers – and the researchers. It also supports the view that management practices can and should be evaluated by experiments in firms.