Why Americans should be forced to take more vacation days 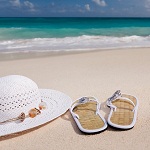 Typically, U.S. citizens devote much more time to their jobs than Europeans. Summing up weekends, holidays and vacations, the average American worker has 141 days of leisure per year, whereas the average German enjoys 191 days. A new IZA discussion paper by Maurice Schiff tries to explain this difference with a coordination failure: In the U.S. there is no minimum vacation time like in Europe. Most workers only take two weeks off per year. Schiff believes that Americans would like to go on vacation more often, but they don’t want to be perceived as less committed than their co-workers.

Because of missing coordination, nobody dares to take more time off . The author sees U.S. workers in an “overworking trap”, where each individual works inefficiently much. Stepping back collectively would be beneficial for society as a whole: If Americans reduced their working time to the European level, U.S. welfare would increase by 4 percent, according to the study. As European legislators are apparently aware of the negative effects of too little leisure, they force workers to go on vacation. For example, in Germany every full-time worker has to take six weeks off from his job every year.

IZA Discussion Paper No. 8041 Can US Coordination Failure Explain Why Americans Work So Much More than Europeans? Maurice Schiff