The Economics of Immigration: 2nd Edition 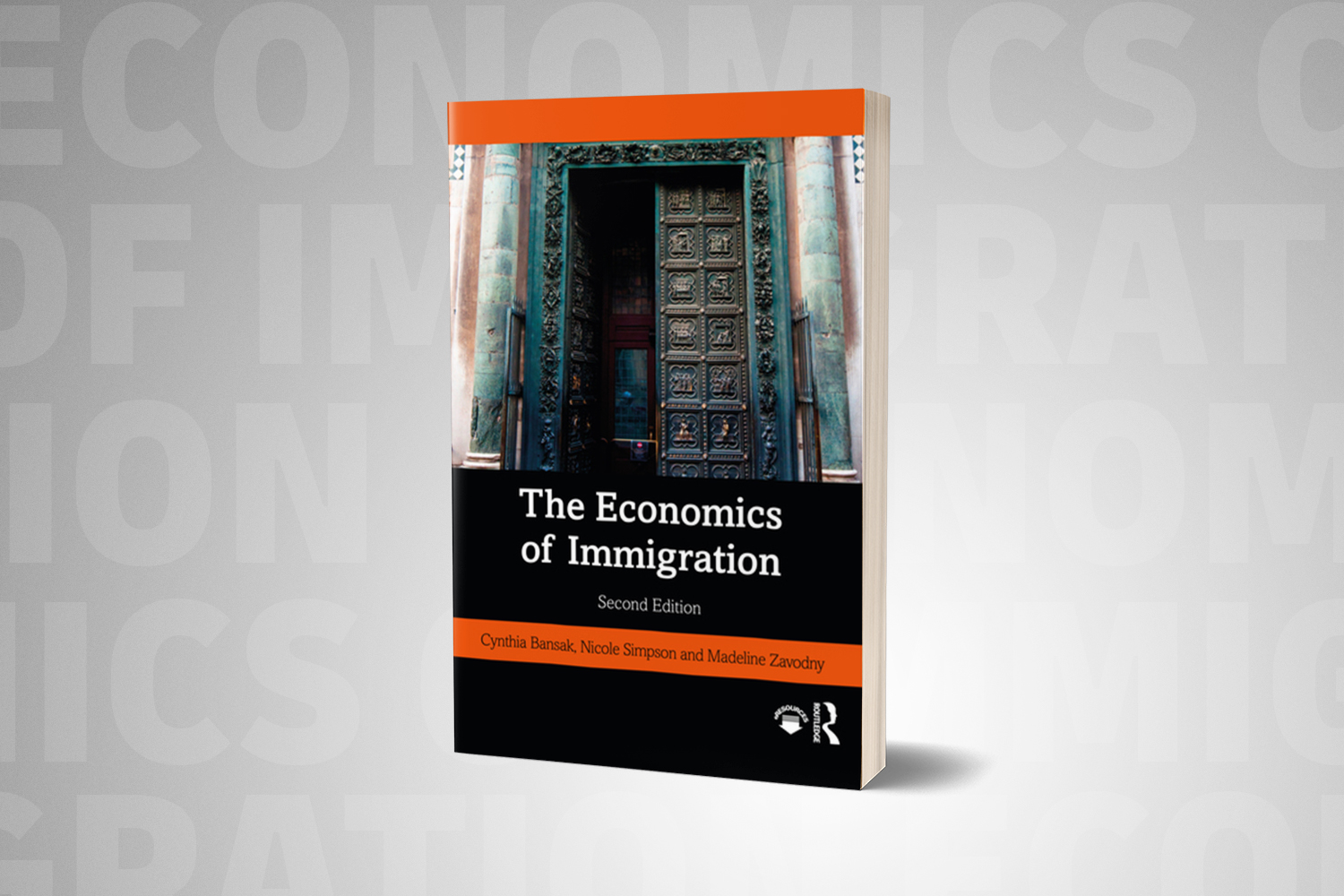 The second edition of The Economics of Immigration, by Cynthia Bansak, Nicole Simpson and Madeline Zavodny, is being published by Routledge this year. All three authors have been IZA Research Fellows for many years. We asked them about the purpose and contents of the book, and the importance of IZA research in this field.

Who should read your book?

Our textbook is geared towards undergraduate students who have taken an introductory economics course. This textbook  comprehensively covers the economics of immigration at the undergraduate level, and it is suitable both for economics students and for students studying migration in other disciplines, such as sociology and politics. The book is international in scope, with examples from all around the globe.

You obviously put a lot of work into it. What was your motivation?

Students will develop an understanding of why and how people migrate across borders.

Tell us more about the topics covered…

Key topics include the effect of immigration on labor markets, housing markets, international trade, tax revenues, human capital accumulation, and government fiscal balances. The book also considers the impact of immigration on what firms choose to produce, and even on the ethnic diversity of restaurants and on financial markets, as well as the theory and evidence on immigrants’ economic assimilation.

The book also considers the impact of immigration on what firms choose to produce.

We have included a comparative study of immigration policies in a number of immigrant-receiving and sending countries. Finally, the book explores immigration topics that directly affect developing countries, such as remittances, brain drain, human trafficking, and rural-urban internal migration. The idea is to fully equip students with the tools needed to understand and contribute to policy debates on this controversial topic.

What’s new in the second edition?

In addition to updating time-sensitive material, we made several other changes. The second edition puts more emphasis on refugees and asylum seekers since those groups swelled in number over the 2010s. Students in many countries are interested in those groups.

We put more emphasis on refugees and asylum seekers since those groups swelled in number over the 2010s.

While many refugees and asylum seekers are not economic migrants, they nonetheless have economic effects that are important to consider. The second edition also puts more emphasis on European immigration, environmental migration, political outcomes of migration and immigrant innovation.

How important has IZA research been in this field?

There has been an explosion of research on the topic of immigration in the last few decades, much of which has been facilitated by IZA, and we have made a concerted effort to place recent findings at the center of our discussions in the book. Through its migration program area, IZA focuses research on the many dimensions of international and internal migration.

There has been an explosion of research on the topic of immigration, much of which has been facilitated by IZA.

In books, chapters, journal articles and discussion papers, IZA researchers examine adjustment among the migrants and their descendants in the destination country, the effects of immigration on both origin and destination countries, and public policies that affect migration. Our book discusses the work of many IZA researchers on this topic and makes their findings accessible and relevant to undergraduates. In fact, we cite dozens of IZA articles and working papers in the textbook.

What online resources do you provide?

The textbook is accompanied with a companion website with resources for instructors and a blog that connects students and instructors to recent events and debates related to immigration. We are developing course materials, including power points, that align with the updated version. In addition, the companion provides suggested class activities related to the book. We welcome instructors to contact us with feedback on the book and requests for updated course materials.