A culture of crime: growing up with the mafia next door 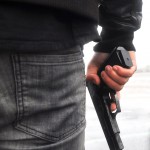 Organized crime generates about two percent of global GDP. While this is already a considerable share, the mafia and other groups of criminals might have an even higher economic impact by shaping the norms and attitudes of their surrounding societies, yielding potentially costly second-round effects.

In a new IZA Discussion Paper Stephan Meier, Lamar Pierce and Antonino Vaccaro compare the behavior of students from three schools in Palermo, Sicily. While one school is located in a neighborhood where police and government have strongly fought and successfully reduced the influence of the mafia, two other two schools are in an area where the mafia is still very active. The authors show that students from neighborhoods with high mafia involvement behaved significantly less cooperative, less trustworthy and more selfish in the laboratory experiments compared to students from two other areas. Interestingly, this pattern changed when the students knew with whom they were playing. In these situations, students from mafia neighborhoods cooperate much more since they know that a classmates benefits. In contrast, they are more selfish if they don’t know the beneficiary. The authors conclude that growing up in a culture of crime reduces general trust and biases trust toward in-group members.