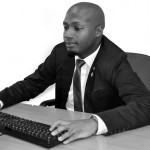 Requests for information from local public services, like sheriffs’ offices, school districts and libraries, across the United States are less likely to receive a reply if signed by ‘black-sounding’ names, according to new paper by IZA Research Director Corrado Giulietti, co-authored with IZA fellows Mirco Tonin and Michael Vlassopoulos from the University of Southampton.

The study finds that e-mail queries coming from senders with distinctively African American names are less likely to receive an answer than identical e-mails signed by ‘white-sounding’ names. Responses to ‘black-sounding’ senders were also less likely to have a ‘cordial’ tone, that is, respondents were less likely to address the sender by name or with a salutation (such as “Dear” or “Hello”).

“Despite the fact that prohibition of racial discrimination by the government is a central tenet of U.S. law, our finding shows that not all citizens are treated equally by local public service providers,” says Corrado Giulietti. “Local services constitute the majority of interactions between government institutions and citizens and perform central functions, for instance in education. The discriminatory attitude that our study uncovers could be one of the factors behind the disadvantaged position of black people in American society and could be a major obstacle towards addressing racial inequality.”

The authors conducted what is known as a correspondence study, a well-established approach of detecting discrimination that has previously been used in contexts like job applications and the housing market.

Using this strategy, the researchers sent e-mails soliciting information relevant to access a public service, such as office opening hours or documentation needed for school enrollment, from 19,079 local public offices around the country. Targeted services include school districts, local libraries, sheriff offices, county clerks, county treasurers and job centers in every U.S. state. Four correspondent names (two to represent each ethnicity) were chosen as most distinctively recognizable to each group, based upon information from previous studies.

While emails signed by ‘white-sounding’ names received a response in 72 percent of the cases, identical emails signed by ‘black-sounding’ names received a response 68 percent of the time – a four percentage-point difference. The difference was the largest for sheriff offices (seven percentage points), while small and statistically insignificant for county clerks and job centers.

No differences by region or socio-economic background

While discrimination is often thought of as being stronger in different regions of the country, the gap in the response rate is not concentrated in a specific area of the U.S. Mirco Tonin explains: “We find similar levels of discrimination in each of the four regions defined by the Census Bureau (North-East, Mid-West, South and West). We do find a stronger racial gap in rural rather than urban counties. Moreover, it appears that discrimination is not solely due to the perceived lower socio-economic background of black senders. We obtain very similar results when we indicate the very same profession (real estate agent) in the signature of black and white senders.”

Regarding possible interventions to address the problem, Michael Vlassopoulos comments: “When trying to identify the race of the respondent, we find suggestive evidence that black respondents are less likely to ignore e-mails from black senders than white respondents. This suggests that increasing diversity among the public sector workforce, particularly in the services where we detect higher discriminatory attitudes, could be an effective way of addressing discrimination.”