Are government workers really more public-spirited than those in the private sector? 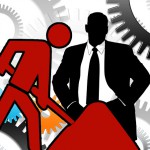 A fifth of UK workers are employed in the public sector. Though public sector work is obvious crucial – schools, hospitals, police and so on – measuring performance can be a challenge as output is not generally sold to customers and thus metrics like revenues or profits are not available.

Public organisations also often pursue many different objectives, with various stakeholders having divergent interests. For these reasons, the public sector is prone to phenomena like waste, regulatory capture or outright corruption. So if the public sector is to function well it is important that it is staffed by workers who are intrinsically motivated to deliver high quality services.

To assess these issues it is important to understand first of all whether the public sector is indeed effective in attracting motivated workers.

So, how can one measure how prevalent public service motivation is in the government sector? Researchers in public administration and economics have relied mainly on two approaches:

Still, finding out that a certain share of the public sector workforce donates blood, for instance, is not by itself very informative. To assess whether public sector employees exhibit public service motivations, a benchmark is needed. The typical strategy used in this line of research is to compare them to employees in the private sector that look as similar as possible in terms of personal characteristics (age, gender, education and so on).

The results are in

A recent study we carried out, published as IZA Discussion Paper No. 8238 (update June 2015: now published in the IZA Journal of Labor Economics) employs a survey of workers and retirees aged 50 and above across 12 countries in continental Europe, to perform this type of analysis. The survey asks people whether they volunteer for a charity, and the answer to this question is used as a proxy for one’s public service motivation.

Focusing on a sample of elderly workers and retirees, beyond being interesting in its own right because of ageing, has the merit that these individuals have made their career choices, unlike younger workers who may be still job-hopping in search of their dream career. Therefore, the sector of employment of a 60-year-old is likely to reflect his or her job preferences, whereas asking a 20-year-old his current sector of employment may be a much poorer indicator.

The average proportion of volunteers in the 12 countries is about 16%, with countries in the south such as Greece or Portugal having fewer volunteers and countries like the Netherlands recording almost one in three workers and retirees as volunteers. The study finds that current and former public sector workers are more likely to volunteer compared to those in the private sector. In particular, working in the public sector makes volunteering about three percentage points more likely.

However, this difference can be attributed to the composition of the public sector workforce. The public sector tends to employ workers with higher education and in occupations that require higher skills, and these people tend to volunteer more.

Of course, there are important differences across jobs in the private and public sector (working hours, job pressure) and these factors also influence one’s decision to volunteer. To address this possibility, we also looked at retirees, who have completed employment in either the public or private sector. By definition, there are no differences in working conditions among retirees. Our results for retirees were similar to those for current workers, thus confirming that, once we compare like for like, there is no difference across sectors.

There is just one exception to the rule: teachers. When we break down the public sector into the different industries (health, education, public administration and so on), we see that former public sector education workers are more motivated by public service than similar workers in the private sector.

This article was originally published on The Conversation.
Read the original article.