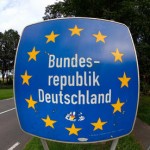 Immigrants are not evenly distributed within countries: they tend to agglomerate in mainly urban areas. In the public eye – not least since the recent riots in the UK, France and even Sweden – such ethnic neighborhoods and the formation of so-called ‘parallel societies’ are perceived as a threat to social cohesion. Yet, theoretically it is far from clear whether ethnic clustering actually limits the prospects of cultural integration or whether instead it helps easing the immigrants’ way into a new country while holding on to aspects of their country of origin.

The recent IZA Discussion paper by Amelie F. Constant, Simone Schüller and Klaus F. Zimmermann analyzes whether and how geographical ethnic concentration affects immigrants’ ethnic identity, that is, their feelings of belonging to both the host society as well as their culture of origin. The demand-driven geographical allocation of guestworker immigrants during the German recruitment phase in the 1960s and early 1970s serves as a quasi-experimental setting for the study. The authors link county-level information from the 1971 and 1987 German Census to individual-level survey data from the nationally representative German Socio-Economic Panel (SOEP).

Providing rare evidence of immigrants’ spatial dispersion in Germany, they find the distinct pattern of immigrants agglomerating in actually very few counties. The vast majority resides in counties where individuals of their own ethnicity are overrepresented. One specific ethnic group, however, does never make up more than 8% of local residents, not even in the most intensely concentrated counties.

Comparing individuals of diverse ethnic origin living in the same county but facing different levels of local co-ethnic concentration, the authors find significant differences in terms of ethnic identification. Living in an area where fellow co-ethnic immigrants tend to cluster appears to reduce the likelihood of an immigrant ‘feeling German’. Very high levels of residential ethnic clustering strengthens immigrants retaining strong ties to their respective country of origin. Interestingly, the authors find these effects to be nonlinear. Overall, the results suggest that ethnic clusters in urban centers should either be avoided or better used to provide incentives for joint ethnic integration activities – if it is desired to strengthen immigrants’ emotional attachment to the host society.