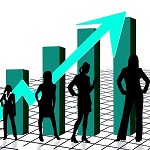 Women still earn less than men, and are still under-represented in executive positions. In 2003, the Norwegian government passed a reform to change that, setting up a mandatory quota of 40 percent for women in the boards of publicly limited liability companies. Like in many other countries where such reforms have been implemented or are discussed, the resistance of firm owners was immense. The typical concern is that there might not be enough qualified women available to fill all the seats, which would lead to inefficiencies and declines in productivity.

In a new IZA Discussion Paper, Marianne Bertrand, Sandra E. Black, Sissel Jensen and Adriana Lleras-Muney take a closer look at the introduction of a binding female quota in executive boards and analyze the labor market effects of such a reform. First, as a direct reaction, the researchers show that many firms tried to evade the rule by changing the legal form so that they would not be affected by the reform. The remaining publicly limited liability companies were, however, compliant: the share of women in the boards indeed reached 40 percent in 2008. Second, the researchers demonstrate that women, who were newly introduced to the boards, had on average an outstanding educational and professional background. Third, they find that the quota achieved another goal as the female wage gap within executive boards decreases significantly

Despite these intended effects in the boards of affected companies, the reform had no significant spill-over effects: while there seem to be more women among the top 5 earners within a company, the effect did not trickle down as the female representation within the top 5%, 10% and 25% of earners in the firm was not affected. Moreover, the authors look at highly skilled women who have not been newly appointed to become a board member, finding neither a significant earnings increase nor a higher probability to fill a top position in the future.

Last, the researchers investigate the effect of the quota on the attitudes of young women interested in a business career. The authors show that the introduction of the quota had no effect on the enrollment of women in business programs. In addition, there seems to be no reduction in the large gender gap in starting wages induced by the reform.