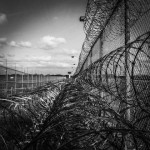 Does putting people in jail make the world a safer place? A new IZA discussion paper by Magnus Lofstrom and Steven Raphael gets after this question by evaluating the effects of one of the largest declines in a state’s incarceration rate in U.S. history on local crime rates. The authors study the consequences of a recent reform in California that caused a sharp and permanent reduction in the state’s incarceration rate. The paper shows very little evidence of an effect of the large reduction in incarceration rates on violent crime. On the other hand, property crime, in particular auto theft, increased modestly. The estimates suggest that each prison year served among the population of California prevents roughly one to two property crimes per year and little to no violent crime. This implies that the return on one additional dollar spent on prison expenditures is below 50 cents and thus quite low. The estimates of the prison-crime effect are smaller than the findings of previous studies, which analyzed changes of the incarceration rate when the rate was at a much lower level. Hence, the authors suggest that putting people in jail makes the world safer, but that this positive effect quickly declines as incarceration rates increase.