God knows everything: Religious people are less likely to lie for the money 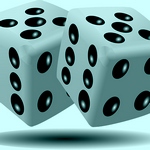 Honesty plays a very important role in economic life. It affects the productivity of employees who are not constantly monitored by their bosses as well as the willingness to pay taxes. Sometimes people face situations in which being honest is not the best possible way of acting and they may even get rewarded for lying. But their decision whether to remain honest or to lie is not only driven by monetary incentives.

A new IZA discussion paper by Yuval Arbel, Ronen Bar-El, Erez Siniver and Yossef Tobol provides evidence that the degree of honesty is strongly determined by religiosity, gender and behavioral codes. The economists compared the behavior of students from the secular College of Management in Israel and the Jerusalem College of Technology, which is only attended by (ultra-)orthodox Jews. They asked the students to throw dice and report the outcome, which no one else got to see. The higher the reported number, the higher the monetary reward.

The paper shows that the average number reported by non-religious females was significantly higher than for orthodox or ultra-orthodox women. This suggests that the group of secular women cheated more often to achieve higher payments. Likewise, the group of religious men tended to be more honest than the secular men, but only to a small extent.

Looking at gender differences, the authors found a surprising result: In contrast to many other studies, where men were said to be less honest then women, the female groups in this experiment reported more fives or sixes than the males. The lowest degree of honesty was found among secular females. When the monetary incentive was removed, the non-religious men and women started to behave honestly. So it is evident that they had lied for the money.