The consequences of Chernobyl on children’s later labor market career 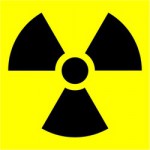 Austria is one of the countries that received most radioactive fallout as a result of the nuclear catastrophe in Chernobyl in 1986. Especially in Salzburg and Upper Austria there are areas still heavily contaminated with Caesium-137. While the direct impact on health is a topic in ongoing scientific research, there is now evidence on the negative influence of radioactive pollution on the later labor market outcome of unborn children.

In a new IZA discussion paper Martin Halla and Martina Zweimüller discovered that children from families with a low socioeconomic background who are from regions with high radioactive fallout performed significantly worse in the labor market than comparable children from regions with very little radioactive fallout. However, there is no such effect for children raised in rich families.

The authors also investigated the parents’ response to this shock in the early life of their children. Regardless of their socioeconomic background, all parents showed compensating behavior to devote more time to their potentially health-damaged children. While relatively poor families reduced the family size, mothers in wealthy families worked less. The results imply that the preventive measures of wealthy families were much more successful in preventing negative long-term effects. As a consequence, the economists recommend targeting assistance programs at poor families whenever there are events that may affect the well-being of unborn and very young children.