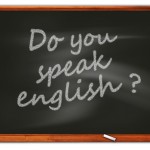 Language acquisition of immigrants is crucially affected by the dissimilarity between the immigrant’s mother tongue and the language of the destination country, according to a new IZA discussion paper by Ingo E. Isphording. The study relies on a combination of linguistic information on the differences between languages with rich data on literacy skills in OECD countries.

The research demonstrates that the role of the linguistic background outweighs the importance of socioeconomic factors like age, education, or exposure to the destination country language. Migrants with a very distant mother tongue (e.g. a Turk in the Netherlands) face distinctive hurdles in acquiring literacy skills in the destination country language. This disadvantage of a distant mother tongue in the language acquisition intensifies with the age at migration.

According to the author, the diversity in language background is a factor not to be ignored in understanding the integration process of immigrants into the host country societies. Language skills are an important prerequisite for this integration and have significant impacts on the success of immigrants in the labor market. Thus, hurdles by distant language background are likely to be translated into economic disadvantages.