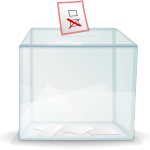 A new IZA discussion paper by Vincenzo Galasso and Tommaso Nannicini investigates whether the degree of aggressiveness of political campaigns has a different impact on female and male voters. During the 2011 municipal elections in Milan, a sample of voters was randomly divided into three groups. While all voters were exposed to the same incumbent’s campaign, they faced different campaigns of the opponent: voters in group 1 were exposed to a positive campaign; the campaign for group 2 made use of negative advertising. Voter group 3 served as a control group and received no electoral information on the opponent. The field experiment revealed stark gender differences: negative advertising increases men’s turnout, but has no effect on women. Females, however, vote more for the opponent and less for the incumbent when they are exposed to the opponent’s positive campaign. Exactly the opposite is true for males. Thus, the authors conclude that effective strategies of political advertising should take gender into account.