Ora et non labora? A test of the impact of religion on female labor supply 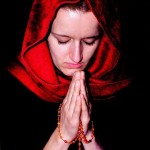 Religious norms on family formation and the respective roles of husband and wife are likely to influence labor market outcomes – in particular female labor supply behavior. A new IZA discussion paper by Francesco Pastore and Simona Tenaglia examines the influence of religion on women’s decision to enter the labor market by using data on 47 European countries and find a strong negative association between the share of individuals belonging to the catholic religion in the population of European countries and that of active women in the labor market. Moreover, the authors show that women belonging to the Orthodox and Muslim denomination present a higher risk of non-employment than agnostics, while being Protestant increases the probability for a woman to be employed. Intuitively, the authors show that these religious effects are mainly driven by groups that live their religious beliefs more intensively.