Firms can rely on workers referred by current employees 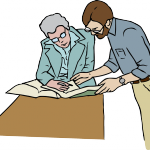 Hiring job applicants who were referred by current employees is a common and empirically well-supported practice, but there is relatively little scientific evidence about exactly why this works. A new IZA discussion paper by Stephen Burks, Bo Cowgill, Mitchell Hoffman and Michael Housman shows that referred workers perform better and that this is primarily because referrals allow firms to select workers better-suited for particular jobs.

The authors use large survey and operational data sets on workers from nine firms in three industries (call centers, high-tech software, and long distance trucking) to investigate the performance of referred workers. In the data referred applicants are very similar to non-referred ones on most measures of individual characteristics and on general productivity. However, they are more valuable to employers because they are substantially less likely to quit, and also because they are measurably better on such as the number of patents or preventable truck accidents. The researchers develop several tests of why referred workers are better in these ways, and conclude that most of the effects result from referred applicants being a better match for the specific jobs for which they are referred. This is in contrast to referred workers being generally more skilled, or to having better experiences on the job, such as receiving coaching from those who referred them.