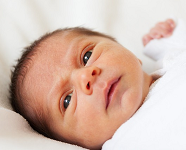 In light of the recent recession, the Spanish government eliminated a generous child benefit in 2011. Until December 31, 2010, all mothers had received 2,500 euros for every newborn baby right after birth. The abolition of the payment was announced seven months in advance.

In a new IZA discussion paper, Christina Borra, Libertad González and Almudena Sevilla-Sanz show that parents who were expecting a baby towards the end of the year responded to this announcement. In the last week of December 2010, around 2,000 more babies were born than in the first week of January 2011. Normally, birth rates in the weeks before and after New Year’s are similar, with around 9,000 children born each week.

The authors conclude that many parents were willing to anticipate their children’s date of birth to receive the expiring child benefit. Native and older mothers were more likely to shift the date of birth, while there is no direct link to low socioeconomic status. Furthermore, the researchers show that the parents put the health of their children at risk by anticipating birth. The earlier born babies weighed ten percent less than the average newborn. In December and January, there were also 78 more deaths of babies within the first day after birth than usual. In addition, the economists discovered that there were 5% more caesarean sections compared to previous years.