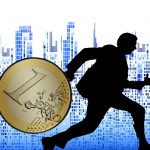 How does a tax system’s complexity affect people’s reaction to tax changes? A new IZA Discussion Paper by Johannes Abeler and Simon Jäger answers this question by conducting a laboratory experiment. Participants are either faced with a simple or a highly complex tax system. Despite the differences in complexity, the work incentives of the two systems are identical. The authors then introduce the same sequence of tax changes in both groups. The experiment shows that people facing the complex tax system adjust their work effort less in response to a new tax compared to participants in the simple system. Many participants in the complex treatment even ignore the new tax rule entirely and do not change their behavior at all. The results suggest that the effect of tax increases in complex tax systems, which are common in many countries, might not lead to the strongly adverse effects critics of high tax rates expect.