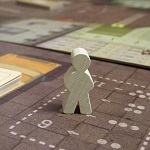 Classic economic theory has long pursued the concept of homo economicus, which sees human beings as rational actors who are exclusively motivated by self-interest. More recently, this has been complemented by homo reciprocans, a concept describing cooperatively acting individuals who aim to improve their environment. Indeed, altruism has become one of the hottest topics in behavioral economics.

In a new IZA discussion paper, Silvia Angerer, Daniela Glätzle-Rützler, Philipp Lergetporer and Matthias Sutter shed light on the altruistic behavior of children. The researchers conducted an experiment with school-children from the bilingual (German-Italian) town of Meran, South Tyrol. Over 1,000 boys and girls received six tokens each, which they could either exchange for fruits and candy – or donate to a well-known charity for children in need. The 7 to 11-year-olds were not monitored or influenced when they made their decision.

The experiment generated a number of interesting findings: