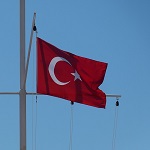 Many countries in the Middle East and North Africa are characterized by low levels of per capita income, democracy and education, but a high level of religiosity. Excluding Cyprus and Israel, the predominant religion in these countries is Islam.

In a new IZA discussion paper, Resul Cesur and Naci Mocan show that religious beliefs and political views of Muslim women change when they attain a higher education. In 1997 the compulsory attendance of secular schooling was extended from five to eight years in Turkey. Consequently, the share of women who obtained at least a middle school diploma increased from 54 to 83 percent.

Among the better educated females the proportion of those identifying themselves as religious decreased by 30 percent. The share of those who stated to have a modern lifestyle increased by the same magnitude. These additional three years of education made Muslim women 40 percent less likely to wear a head scarf or even a burqa. They also voted only half as often for Islamic parties in general elections.

Surprisingly, there are no such effects for men, neither concerning their religious views nor their voting behavior. A possible explanation given by the authors is that women are now necessarily more often away from home. In the extra years of secular schooling they can make more friends and experiences that might alter their beliefs and preferences.

IZA Discussion Paper No. 8017 Does Secular Education Impact Religiosity, Electoral Participation and the Propensity to Vote for Islamic Parties? Evidence from an Education Reform in a Muslim Country Resul Cesur, Naci Mocan