The effects of depenalizing cannabis 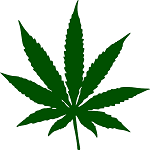 Policy makers in many countries are thinking about legalizing the possession of small amounts of marihuana. For example, people in Colorado can now buy up to one ounce of cannabis in licensed coffeeshops. This is the first time that a U.S. state has legalized the sale of marihuana. Politicians and researchers are eagerly watching this policy to understand the implications of legalizing small amounts of cannabis.

The authors show that the policy experiment had a large effect: there was a huge increase in cannabis demand in Lambeth. In the long run, the number of cannabis possession offenses remained nearly 70 percent higher in the borough than in the rest of London. Also the demand for hard drugs like heroin or crystal meth in Lambeth increased by 12 percent. In contrast, there were nearly 10 percent fewer non-drug related crimes like burglary, theft or criminal damage. The police arrested much more people and the clear-up rate rose significantly. The researchers explained that the police reallocated their forces from pursuing drug offenses to these types of crime and thus worked more effectively.

Since housing prices in Lambeth fell by five percent, the economists conclude that the overall effect on welfare was negative. This decrease was driven by houses in so-called “hotspots” where the drug scene is very active. But the authors also suggest that if cannabis were to be legalized citywide, drug tourism to Lambeth would disappear and housing prices would rise again.