Knowing that you matter, matters: the luck of having a meaningful job 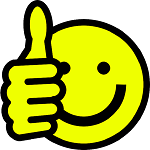 What if somebody told you that your job was completely irrelevant and useless? Would you still work with the same effort? Probably not. But what if you got more money or became “employee of the month”?

In a new IZA discussion paper Michael Kosfeld, Susanne Neckermann and Xiaolan Yang analyze these questions. In a field experiment, they recruited more than 400 students at a Chinese University to help them enter a dataset into the computer. They told half of the students that their work is very important for their research project. The rest of the helpers were told that the data has already been entered, but some weird professor is not satisfied and wants the process to be repeated. So basically their work is useless.

The researchers discovered that students who thought they do something very meaningful, performed much better. They entered about 15 percent more questionnaires into the computer. Both groups responded similarly to monetary incentives: when promised one Yuan extra to the 50 Yuan fixed pay, both “high-meaning”and “low-meaning” helpers entered about eight percent more questionnaires.

In contrast, the response of the students to a special form of recognition was quite different between the two groups of students. In both groups some participants were told that the one with the most completed questionnaires would be awarded a smiley button in front of all other helpers. The students who thought their work was irrelevant showed 19 percent more effort to get this prize. In contrast, assistants who believed their work was important did not care about this award at all. The authors conclude that meaning and recognition affect workers through the same channel, so that the influence on effort and performance is substitutive, not additive.