The problems of being too skilled for your job

What if you ar 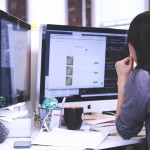 e too skilled for your job? Previous research has shown that over-skilled workers receive lower wages. A current study by IZA Fellows, Kostas Mavromaras, Stéphane Mahuteau and Peter Sloane, together with Zhang Wei shows that over-skilling can even be a threat to growth potential of the economy. Economic growth is affected if workers remain in too easy jobs for too long and if wage penalties persist even after the over-skilled workers have changed to a more suitable job. Using Australian data, the authors find that between 15 and 30% of employees report themselves as over-skilled. The paper further shows that the nature and the consequences of over-skilling crucially depends on the level of education of workers. On the one hand, high-skilled graduates are less likely to remain in a too simple job for a long time. On the other hand, they suffer the biggest reduction in pay if the actually work in a job for which they are overqualified. In contrast, those workers with vocational qualifications below degree level are more likely to be over-skilled and remain in such jobs for a much longer time. Yet, they do not suffer any wage penalties for being over-skilled. The authors conclude that policy needs to consider both extent and persistence of skill mismatch as well as the size and persistence of the resulting wage effects if the problem is to be targeted efficiently.