Although women comprise 45 percent of the labor force across OECD countries, they continue to earn less than men on average and remain under-represented among business 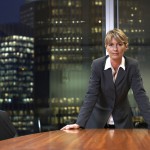 leaders. A new study by Astrid Kunze and Amalia Miller on private sector establishments in Norway shows that women with the same years of education, work experience, tenure and hours of work as men fall behind on the career ladder because they are less likely to be promoted than men.

The gap is substantial and, strikingly, holds not only for higher ranks and promotions into top leadership positions but also for low and middle ranks where promotions take place into a wider range of jobs including chief engineers, accountants, or logistics managers. This shows that firms should be concerned with the entire workplace hierarchy to accomplish the goal of a more equal representation of men and women in the workplace.

These findings hold when comparing across different workplaces or looking within the establishments over time, indicating that female progress up the career ladder is not caused by their working in establishments that offer fewer promotion possibilities overall or sorting into establishments that make it easier to combine having children and part-time work.

What can firms and policymakers do to reduce the gender gap in promotions?

The results of the study suggest that recruiting and retaining more women among the various ranks of bosses may be effective. In particular, the study finds that gender differences in promotion rates out of a particular rank are significantly smaller when there are more women in higher ranks at the same establishment.

This is consistent with positive spillover effects between women through, for example, mentoring, sponsorship or role modeling. The results further suggest that policies that increase women’s representation in top leadership positions have the potential to also increase representation among mid-level managers and can benefit female workers at all ranks of the organization.

But not all spillovers are positive. Having more women at the same rank within the same establishment actually decreases women’s promotion rates relative to similar men. One possible explanation is that an increase in female peers decreases the chances to receive mentoring resources from higher-ranking women; these resources tend to be scarce because of the paucity of female leaders. This would also suggest that gender diversity in firms can be fostered through policies that increase the proportion of women in leadership positions.