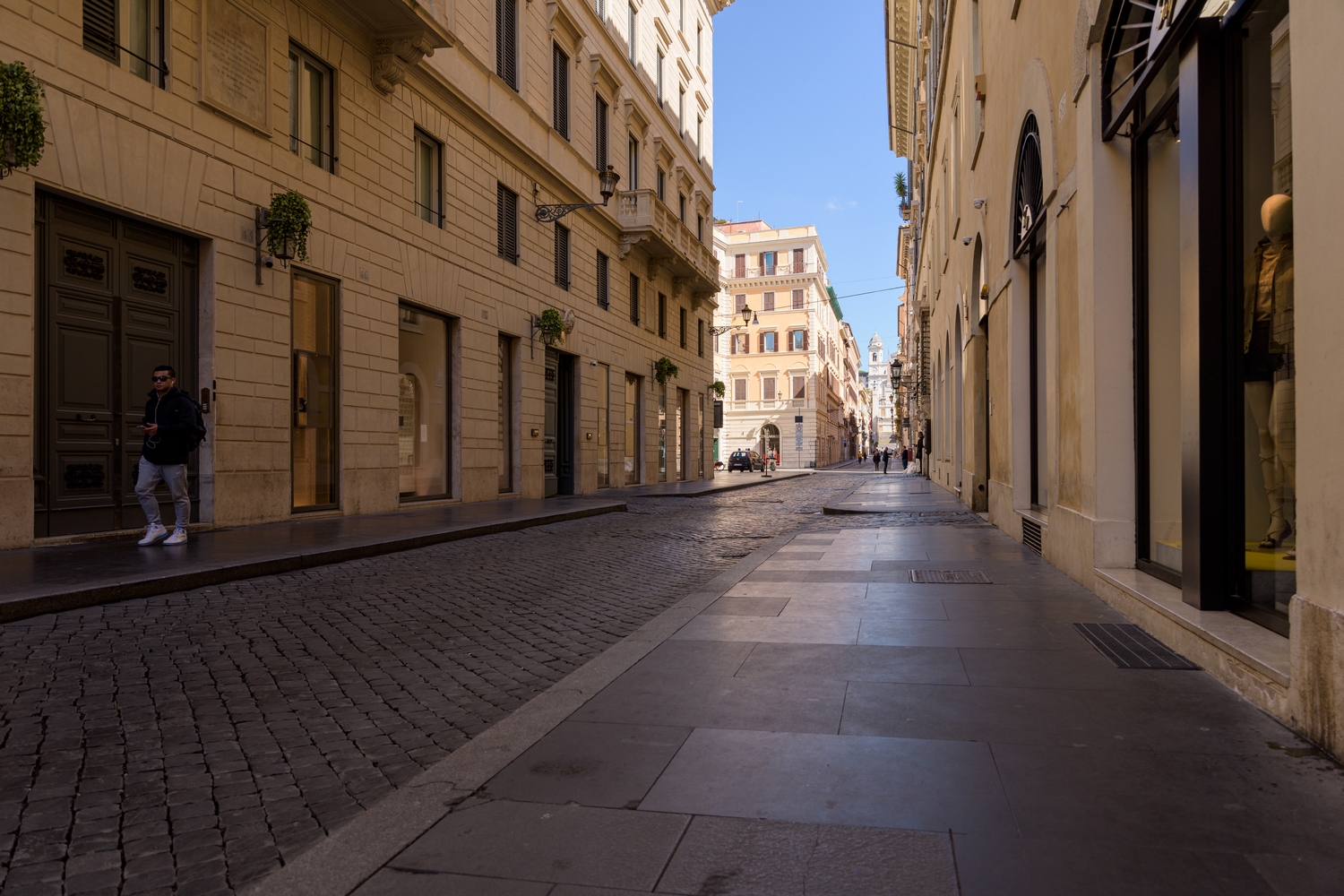 The coronavirus COVID-19 outbreak has rapidly and drastically affected the livelihoods of millions of people around the world. Several countries began implementing strict self-isolation measures (e.g. school closure, stay-at-home) to slow down contagion. The effectiveness of these measures depends entirely on citizens’ compliance, which may be affected by many factors, such as risk awareness, rules clarity, penalties for transgressions, trust towards public authorities, and the severity of the isolation costs.

In a new IZA discussion paper, Guglielmo Briscese, Nicola Lacetera, Mario Macis, and Mirco Tonin offer evidence of another key factor that influences compliance: people’s expectations on when the isolation measures will end. While countries like China introduced lockdown measures without announcing an end date of the measures, other countries like Italy announced that most measures would be lifted after a specified date.

In a survey on a representative sample of the Italian population, the authors elicit compliance intentions if the stay-at-home measures were extended (i) by a few weeks, (ii) a few months, or (iii) indefinitely (“until deemed necessary”), and control for the respondents’ level of awareness, expectations, and current compliance.

The results show that people’s willingness to comply is related to their expected end date of self-isolation measures. Those who would be positively surprised (i.e. extensions shorter than expected) intend to increase their isolation efforts; those who would be negatively surprised (i.e. extensions are longer than expected) are less willing to maintain or increase their self-isolation efforts (see Figure). 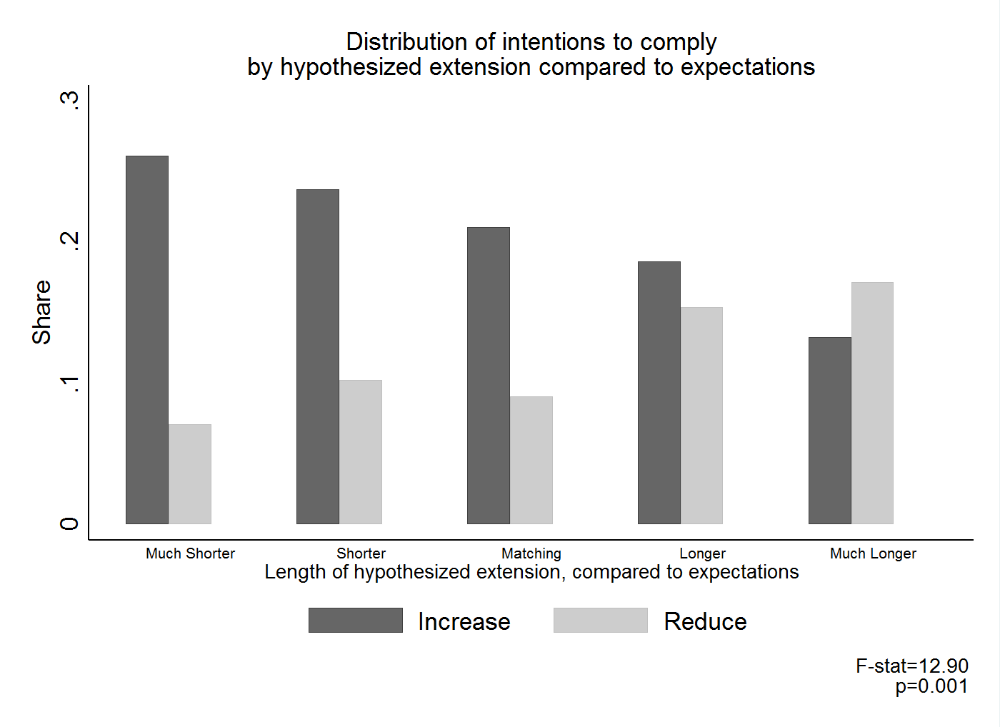 The study also finds that:

The authors suggest that to maximize compliance with self-isolation, public authorities must also focus on managing the public’s expectations on the duration of such measures. An unexpectedly long extension might reduce people’s willingness to comply. Therefore, public authorities will need to consider this behavioral response and balance it with potential downside of not announcing an end, which might in turn cause some anxiety to some people.

Considering recent developments, self-isolation measures will likely be extended across most countries, possibly for an indefinite period. The results of the survey show that people’s intentions to comply with time-limited self-isolation norms depend on how authorities communicate their duration, and on the (mis)match between such announcements and individuals’ expectations. As the escalation of policy responses in Italy resembles the one being followed by other countries, the results  have implications for the timing of upcoming policy announcements by other governments around the world.

Note: The survey was implemented in partnership with SWG, a major Italian market research firm, on March 18-20, on a sample of n=894, at a time when the Government of Italy had already introduced stay-at-home measures (on March 9, until April 3) and the closure of most retail stores throughout the country (on March 11, until March 25) and just before the suspension of all non-essential economic activities (on March 22, until April 3). The timing of the survey implementation ensures that responses were in a period when an extension of stay-at-home measures was likely, and indeed discussed in the media, but not yet implemented.