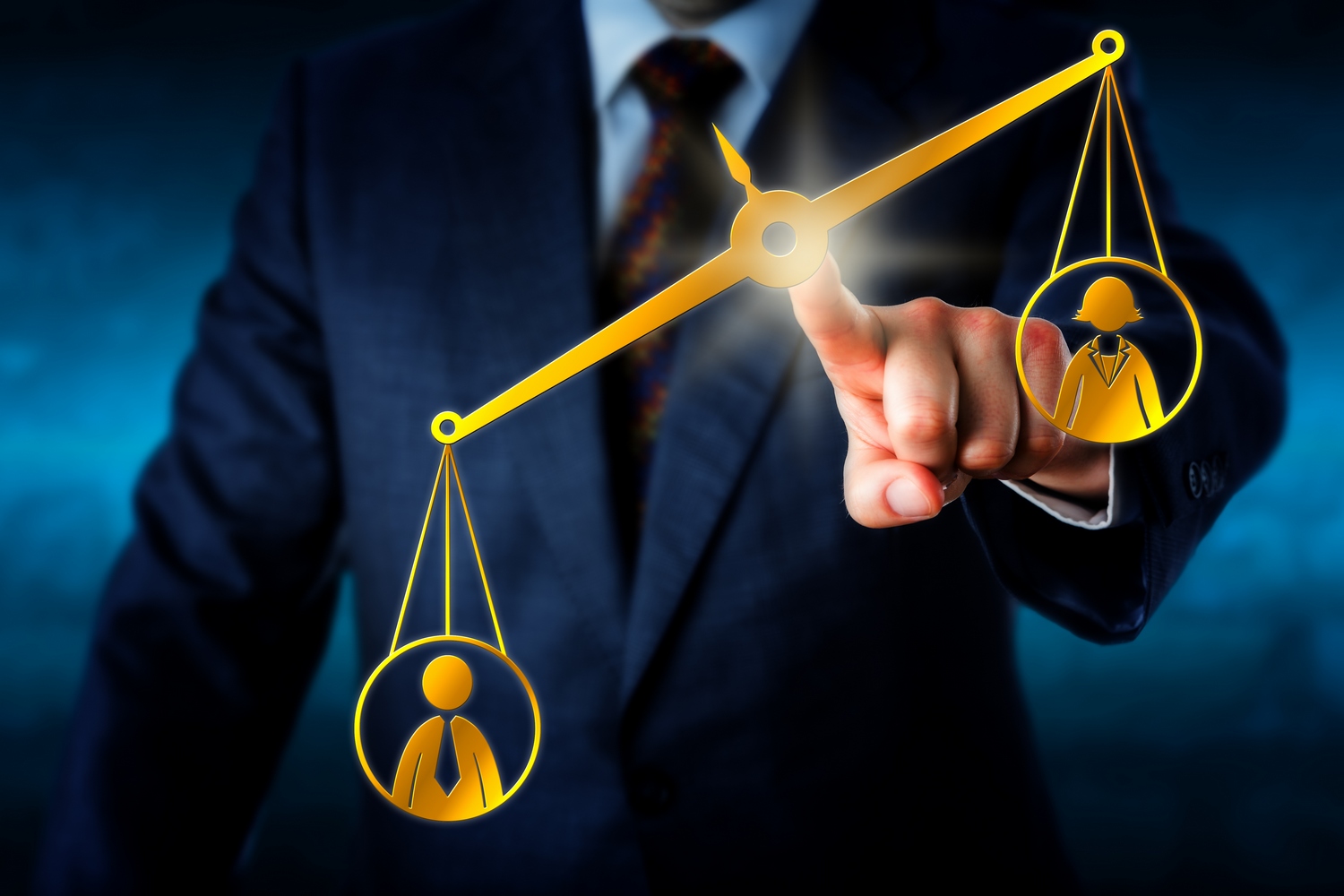 Girls born in 2000 are aspiring to do jobs that are paid 31 percent lower than males, according to a new IZA discussion paper by LSE researchers Warn N. Lekfuangfu and Grace Lordan. Boys born in 2000, on the other hand, have higher aspirations than previous male generations in terms of income, to the point where the gender pay gap could actually become larger than it is at present if these aspirations are fulfilled.

The study concludes that a persistent lack of women in highly paid jobs in areas such as science, technology, engineering, finance and politics is due to girls internalizing social norms, rather than a result of their innate preferences. This conclusion emerges from the researchers finding that time, rather than childhood factors, is what has altered the tendency for males and females to choose different types of jobs. Social movements or campaigns are essential to encourage girls to aim higher, it suggests. 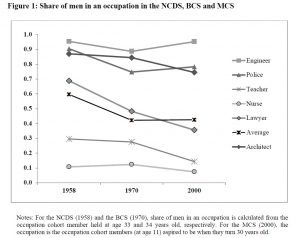 The researchers’ analysis of occupational sorting for children born in 1958, 1970 and 2000 found that over time increasing numbers of women pursue traditional male jobs, such as law, accountancy and pharmacy, but that in jobs with the highest share of males (over 80 percent), there has been no change in the 60 years (see figure). These jobs are often the “golden pathway” to powerful “C suite positions”, the paper says.

Boys’ current aspirations, from those born in 2000, are increasingly geared towards jobs with “significantly higher levels of competitiveness and larger incomes” compared to previous generations and their current female peers, resulting in the possibility that the gender pay gap could actually become larger than it is at present. The paper acknowledges, however, that not all boys will achieve their ambitions. This raises a big question of why males are failing to opt in increasing numbers for traditionally female occupations such as social work, nursing and primary school teaching.

IZA Fellow Grace Lordan of LSE’s Psychological and Behavioural Science Department said: “More and more we actively encourage our girls to pursue occupations that are currently dominated by males. However, boys are rarely encouraged to pursue occupations where females have had higher shares. The asymmetry of the gender revolution needs to be considered. This becomes more important given that we expect jobs that are traditionally female to expand over the next decades – for example, the nursing and caring professions.”

Read more comments from the authors on the LSE news page.